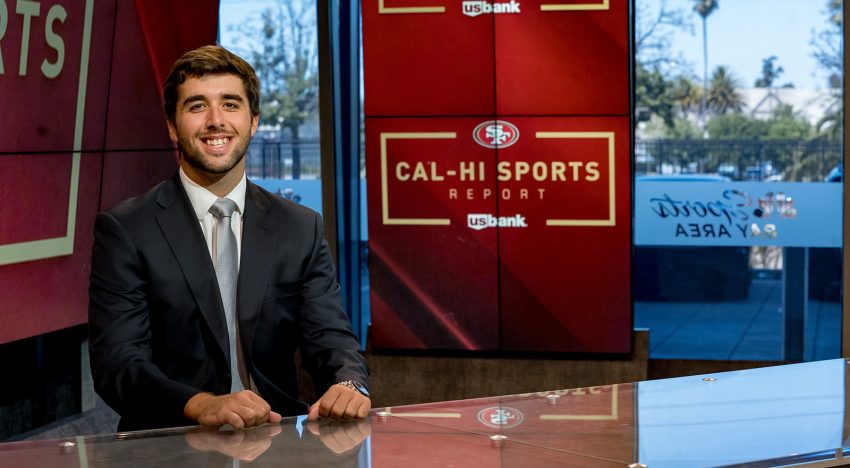 Tyler Pflibsen – Videographer/Reporter
Tyler is entering his second season with Cal-Hi Sports Bay Area. He attended Leigh High School and played quarterback for all four years while he was there. He played one season of football as a quarterback at De Anza College. He now attends Everygreen Valley College and plans to transfer to San Jose State to study broadcasting. Tyler is also starting his first year at Del Mar High School as the Varsity quarterbacks coach. During his free time he loves to watch tons of football. Fun fact: Tyler loves to go boating and wakeboards every chance he gets