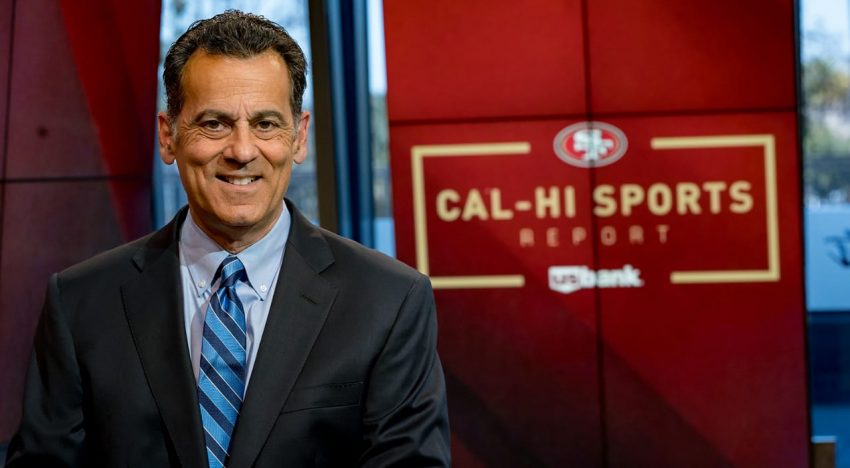 Robert Braunstein – Executive Producer / Host
Robert is in his 28th year covering high school sports in the Bay Area. In 1992, Robert created High School Sports Focus as the first show of its kind ever produced in a major television market. In 2002, Robert started his own production company to produce Cal-Hi Sports Bay Area in cooperation with the Cal-Hi Sports web site. A majority interest in the Cal-Hi Sports Show was sold to the San Francisco 49ers August 2017. Robert is a graduate of San Jose State University and earned a Masters in Journalism from the University of Missouri. Robert has won a variety of awards including two Emmys. In his time off, Robert spends lots of time with his wife, Ann, and his two children, Kelly and Daniel and of course his dogs Cosmo and Mac. Robert loves his Monday night poker game, watching movies, and following the high school athletes he has covered, who are now in the college and the pros. Fun note, Robert won big on the game show Classic Concentration with host Alex Trebec in 1990 and winning $17k in prizes. If you get a chance, send him an e-mail to keep in touch. calhi20@gmail.com